What does one buy for the person who has everything?

My brother doesn't have everything. But he freely confesses that he has too much stuff. Like me, he is great at starting things and not finishing them off. He has a dozen kits part-built. He has a number of started projects, including various aspects of his garden railway.

In an attempt to regain control of the stuff-problem, he made a choice this Christmas not to ask for more stuff. This meant not asking for the things he wanted - because the thing he needed more than anything else was a bit of getting-on-with-it, and a bit of time.

Cuff-links make a good present for a man in his forties, because they are small. Biscuits and other edibles are good, because they can be shared, and they don't cause a storage problem. A matching pen and pencil: "just the thing I need - how nice" (Tom Lehrer). But after all the presents have been unwrapped, there is still a downer when I look to see if there are any more presents under the tree and realise, like an 8-year-old, that I didn't get that thing I had hoped for. Despite our logical reasoning, we still subconsciously set our expectations high, then we are surprised when we bump into disappointment. This is inevitable because of how we have made Christmas into a celebration of receiving gifts. Maybe we should rename it Presentsmas. I wonder if Baby Jesus (whose official birthday, just in case you hadn't worked it out, is the real reason for CHRISTmas) felt disappointed about receiving coins, incense and fragrance when what he really wanted was for people to worship him.

Back to my brother. He didn't want me to spend much money on a present, so he set the bar low: De-ionised water for his live steam locomotive. These iron Dragons are quite fussy about the sort of water they use. 5 litres of the stuff costs £3.50 in Halfords. It's even less exciting than socks. But I had a plan. 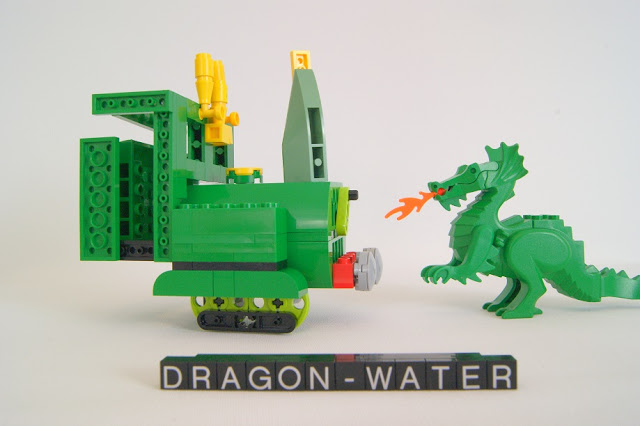 Based in the top left hand corner of Wales, Ivor the Engine was a popular children's TV series in Britain when we were kids, and similar dragons still puff and smoke around North Wales today. I stuck the above picture onto both sides of the container and wrapped it. It did the trick. His face lit up like a little boy at Christmas. Best present of the year.